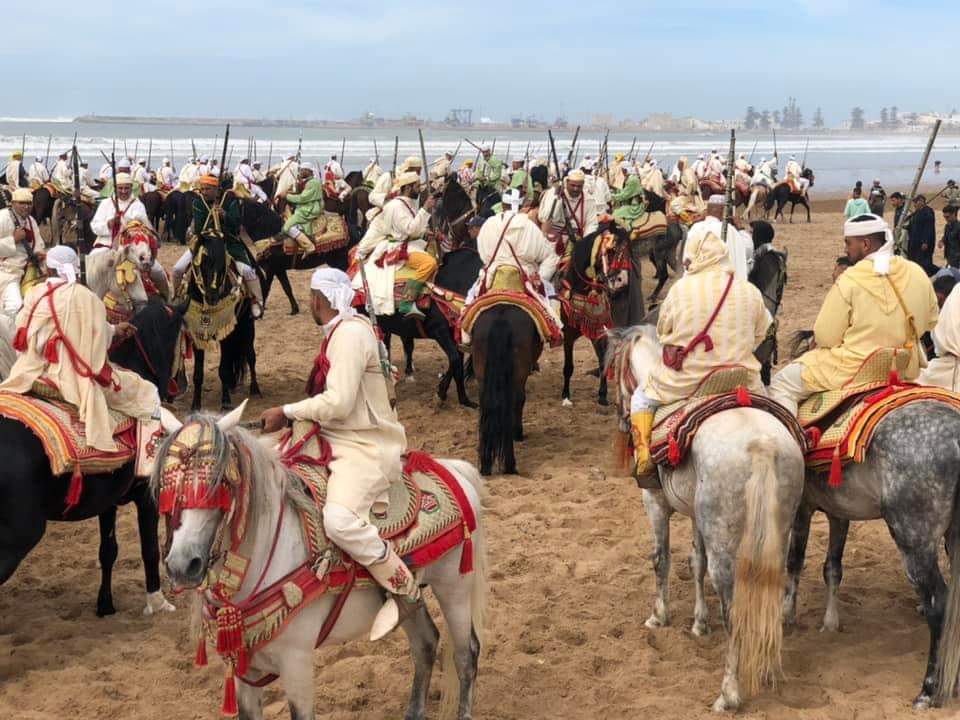 Moroccan Fantasia is a equestrian tradition in northern africa, a reconstitution of a military assault, with a group of horse riders, wearing traditional clothes and charging along a straight path at the same speed so as to form a line, at the end of the ride (about a two hundred meters) all riders fire in the sky using old gunpowder guns.The difficulty of the performance is synchronization during the acceleratio$n especially during firing so that one single shot is heard. The two words in Arabic that describe the main events in the Fantasia are ‘harrga’ meaning a movement and ‘barood’ meaning gun-powder. The Fantasia horse used for this event is barb type.